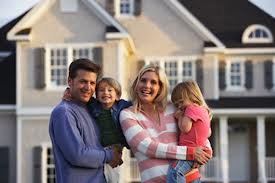 When young families choose a place to settle down, they look for more than affordable homes. Homeownership is a more complex decision than that – it means investing in your community and all it has to offer, from its public schools to the job market.

We wanted to find the best such communities for young families in Pennsylvania, so we asked the following questions as we analyzed cities and towns across the state:

Jefferson Hills is a suburb of Pittsburgh, about 15 miles south of the big city. The local school district, West Jefferson Hills, is ranked 15th out of the 104 school systems in the seven-county region around Pittsburgh. Statewide, it fares even better, ranking number 51 out of 497 schools on math, reading and science.

Greensburg is the seat of Westmoreland County and is about a 45-minute drive from Pittsburgh. The city supports an arts community with institutions such as the Westmoreland Museum of American Art – which has temporarily relocated until the main building completes renovation – and the Palace Theatre, which brings acts like Cyndi Lauper and the Temptations to town. For outdoorsy families, there is also the Five Star Trail – eight miles of land for biking, jogging and cross-country skiing.

Phoenixville is in Chester County, about 30 miles northwest of Philadelphia. One district is in in the National Register of Historic Places, and it features art galleries, antique stores and restaurants. Residents also have easy access to the Perkiomen Trail, a 19-mile path made of cinder and stone.

Broomall is an 11,000-person community just outside Philadelphia. The local school district, Marple Newtown, offers 16 AP courses and 32 Honors courses. The larger county is also home to Ridley Creek State Park, 2,606 acres of woodlands and meadows where residents can hike, bike and fish.

Lansdale is a borough of Montgomery County about 30 miles northwest of Philadelphia. A local high school, North Penn, was recognized by Newsweek earlier this year as one of the best high schools in America. In particular, the school was distinguished for producing college-ready students: 95 percent of students graduate, and 89 percent go on to higher education.

Emmaus is a borough of Lehigh County, near Allentown. Money Magazine ranked it as one of the 100 best places to live in the U.S. both in 2007 and 2009. The larger Lehigh Valley region includes two Fortune 500 companies, and the economy is becoming increasingly focused on high-tech industries, including biotechnology, pharmaceuticals and optoelectronics.

Willow Grove is a suburb of Philadelphia in Montgomery County. The local school district is excellent – the community earned an eight out of ten from GreatSchools – and is planning on rolling out a program for its students to earn college credit while still in high school. “We’re getting closer to launching a program designed where students can earn an equivalent of one year of college,” said Superintendent Bob Milrod. The program is expected to launch next year.

Hershey is a 15,000-person community in Derry Township, about 15 miles from Harrisburg. It has been called Chocolate Town, U.S.A. and the Sweetest Place on Earth because the chocolates of the same name are made here. The community is more than just a tourist destination; it is home to excellent schools. Hershey High School was ranked 16th best in the state by U.S. News & World Report earlier this year.

Allison Park is a suburb of Pittsburgh in Allegheny County. Had Census data been available for income in 1999, and had we then been able to calculate a growth rate, the community would have ranked even higher. Indeed, its schools, part of Hampton Township School District, have been recognized as some of the best by publications like Forbes, Family Circle Magazine and the Pittsburgh Business Times. The district is also one of three in the county to be recognized by the state Department of Education for making Adequate Yearly Progress for six or more consecutive years.

Wyomissing is a borough of Berks County, in southeastern Pennsylvania. Earlier this year, the Washington Post named Wyomissing Area High School the third-most challenging high school in the state – an evaluation based on the number of students taking college-level exams, including AP and IB. The borough also includes over 175 acres of parkland, including picnic areas and trails.

90 Pennsylvania cities and towns designated as places by the U.S. Census were included in this analysis. Only places with a population greater than 10,000 were considered