Real estate is Americans’ top investment choice, according to a new Bankrate survey. The survey asks Americans what kind of investments made the most sense and 27 percent said they’d invest in property if they had a pool of spare cash. 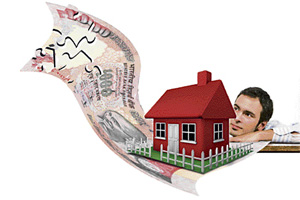 Read more: Investment Allure: Get Buyers on the Gravy Train

CDs and other cash investments – previously the top answer in Bankrate’s 2013 and 2014 surveys – came in second at 23 percent. Only 17 percent of survey respondents said they’d purchase stocks; 14 percent said gold and other precious metals; and 5 percent said bonds.

“We’re not seeing the bunker mentality from individual investors to the same extent of the past few years,” says Greg McBride, CFA, Bankrate’s chief financial analyst. “But the preference for real estate over, say, the stock market, does beg the question of whether or not Americans are again viewing residential housing as a golden ticket.”